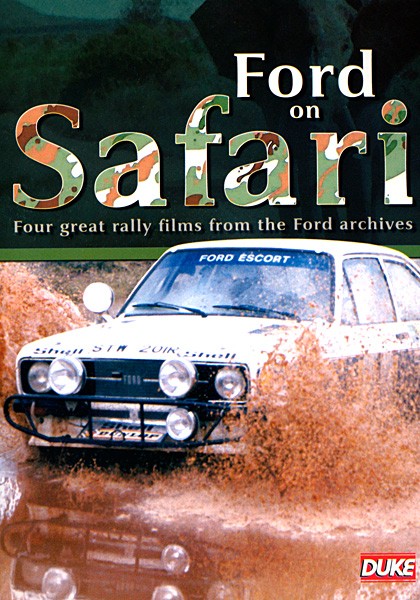 This product is currently not available.
Please inform me as soon as the product is available again.
17.90€ *

This collection of exceptional archive films creates an atmospheric and evocative return to the days of Ford glory in Africa, recording every one of the marque's Safari Rally wins.
From the Ford versus Saab drama of 1964, captured in Cortina Conquest, to the thick mud and swollen rivers seen in “It's a Long Way to Nairobi“, this collection of four classic films from Ford's own archive is a remarkable record of an extraordinary, car-breaking motorsport event.
The excelent footage shows the beauty of the African wildlife and landscape, as well as the brilliance of the driving.
Early in-car and helicopter-mounted cameras really bring home the speed and drama of this incredible event.
Join heroes like Hannu Mikkola, Bjorn Waldegard, Erik Carlsson, Roger Clark, Ari Vatanen, Peter Hughes, Vic Preston, Vic Elford and more rally greats for a real adventure.
The DVD shows the East African Safari 1964 "Cortina Conquest", the East African Safari 1969, the East African Safari 1972 and the Safari Rally 1977 "It's a Long Way to Nairobi".