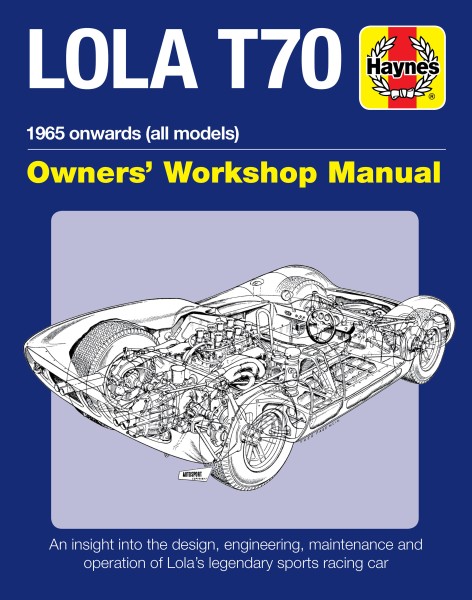 Please inform me as soon as the product is available again.
14.00€ *

The Lola T70 Coup was the first Lola to be designed in the wind tunnel. Chief designer Eric Broadley enlisted the help of Tony Southgate, and the finished car displayed fine handling and stunning styling. Its final evocation - the MkIIIB - is arguably one of the most beautiful racing cars of its era.

The first successes for the T70 were in the US, where the car won the Monteray Grand Prix at Laguna Seca in October 1965. In 1966, the T70 dominated the Can-Am championship, winning five of the six races in the series - three in the hands of John Surtees, one with Dan Gurney, and one with Mark Donohue, with John Surtees becoming champion in a Chevrolet-powered example.

In 1968, T70s finished 1-2 in the Daytona 24 Hours, although there was strong opposition in both the European and US scene from Ford’s GT40. The T70 was highly successful in the domestic UK and European championships, and won regularly. In 1970, T70s were used during the filming of the Steve McQueen movie Le Mans, some of them disguised to appear as Porsche 917s or Ferrari 512s.