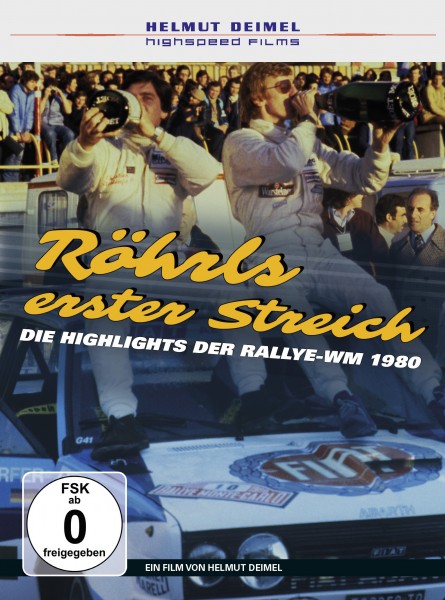 For Walter Röhrl, 1980 was the year that it all started to happen. With co-driver Christian Geistdörfer at his side, he flew from one success to another. The season ended with four victories, two second places and one fifth place - and the World Championship title.

Right from the beginning of the season, "the tall one" was able to fulfil a lifelong dream when he won the legendary Monte Carlo Rally. And then in Portugal, Argentina and Sanremo, Röhrl and Geistdörfer remained unbeatable.

It was a good time to be in the Fiat team. After rather modest beginnings in 1979, the Bavarians now felt very much more at home with the Italians. The team offered precisely the comfort and support that an ace driver like Röhrl needed to deliver top performance. After all, there was no shortage of strong adversaries in 1980 - nine works teams used to line up at the start of WRC events.

The film shows highlights from all twelve World Championship rounds from this special year of 1980, the last season before the four-wheel-drive revolution. Of course, the focus of the movie is always on the German Fiat drivers - and just as thrilling as the breath-taking action of the rear-wheel-drive drifters is the way that Walter comments on his winning World Championship performance.