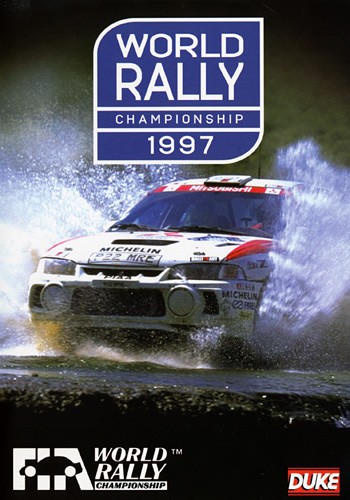 Experience the roller coaster 1997 World Rally Championship in this action-packed review of all 14 incredible rounds. Car-mounted cameras, onboard footage and fascinating interviews put you at the heart of the drama in a down-to-the-wire title battle between some of the greatest rally drivers ever. Reigning World Champion Tommi Makinen was soon in contention in the Mitsubishi Lancer Evo IV, and Spain's Carlos Sainz overcame early season reliability problems in the Ford Escort to join the title battle. Throughhout the season, the likes of Juha Kankkunen, Kenneth Eriksson, Britain's Richard Burns and Piero Liatti couldn't be discounted. A series of mechanical woes left McRae's championship hopes in tatters, but in typical style the indefatigable Scot pressed on to take back-to-back wins and set up a last round title decider on Britain's RAC Rally. While McRae needed to win, sixth place would be enough for Makinen to take the title - and the championship was settled by a single point.