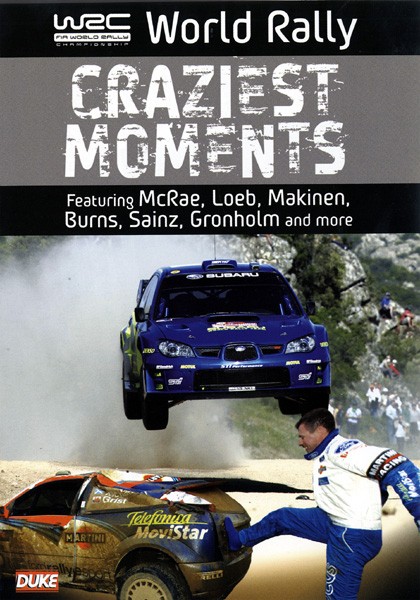 “World Rally Championship – Craziest Moments“ is an incredible compilation of the most shocking, spectacular and hilarious moments from the ultra-fast World Rally Championship. See the best drivers cope with ever-changing weather, heart-breaking retirements and wild animals. There is scorching fires, flaring tempers and wacky fans. Additionally drivers, co-drivers and team bosses like Malcolm Wilson tell the stories behind these craziest moments.

This DVD features breathtaking footage of accidents and incidents from the special stages of the world. Legendary rally drivers including Colin McRae, Richard Burns, Sebestien Loeb, Tommi Makinen and many more treat us to the thrills ans spills which make rallying such a spectacular sport.