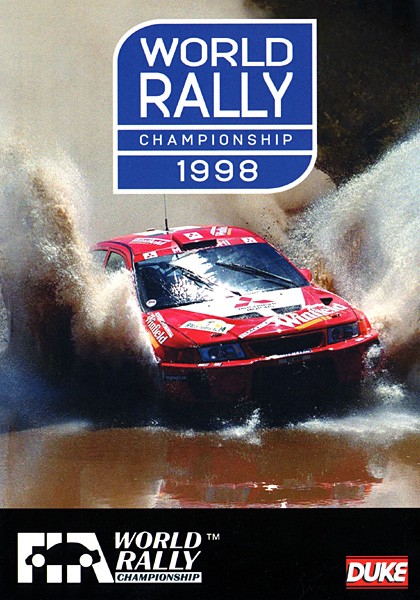 Description Evaluations 0
Description
This comprehensive review looks back at every single action-packed round of a dramatic year of... more
Close menu
World Rally Championship 1998 DVD

This comprehensive review looks back at every single action-packed round of a dramatic year of high-speed competition.
This is the complete story of how Finland's Tommi Makinen managed to retain his World Championship crown against the determined efforts of veteran Carlos Sainz, and the incredible five wins he took on his way to a third title.
The review follows the entire dramatic story, from Monte-Carlo to Great Britain, in amazing action footage, including plenty captured by in-car cameras.
The battle for the championship may have come down to a fight between Sainz and Makinen, but they aren't the only stars of this show - you're also treated to Colin McRae in winning style, the legendary Juha Kankkunen showing the advantage of consistency and Richard Burns, the man who would become England's first World Rally Champion, delighting the home crowd with victory on the last round.
This review features all that and more, including interviews with the stars, special features and some shocking crashes.