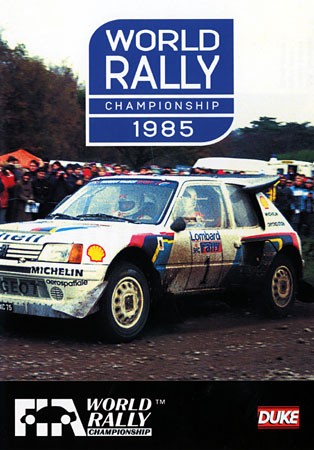 Description Evaluations 0
Description
1985 saw some of the biggest investments ever in rallysport from several of the world's leading... more
Close menu
World Rally Championship 1985 DVD

1985 saw some of the biggest investments ever in rallysport from several of the world's leading manufacturers. Audi Quattros - the first of the 'supercars', Peugeot with their new 4WD lightweight flyer and Lancia with the effective Delta S4. This action packed record includes Ari Vatanen's authoritative win in Sweden the thrilling debut of the new Metro in the hands of Tony Pond at the RAC and the spectator packed tracks of Portugal and Greece; the open plains of Africa, the yumps of the 1000 Lakes and the slick-tyred tarmac racing in San Rem... it's all here on DVD filmed to a very high standard often from within inches of the cars as they hurtle past.