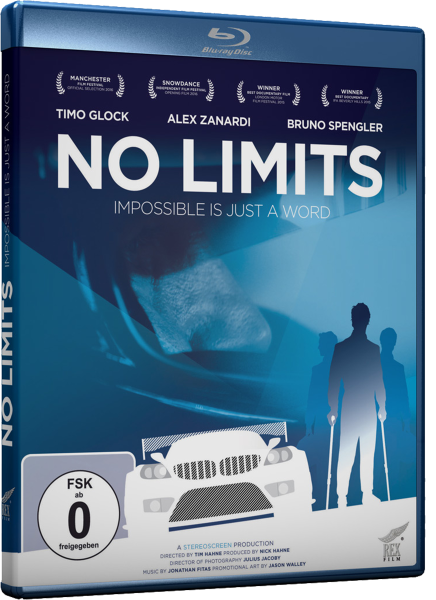 This documentary tells the story of leg-amputee racing driver Alex Zanardi as he tackles one of the most famous endurance races in the world: The 24 Hours of Spa-Francorchamps.

Alex Zanardi, former Formula 1 driver and winner of the American Champ Car Series, was already a star when he suffered his almost fatal accident at the Lausitzring in Germany. He lost his legs, but not his attitude. Alex came back and did the impossible: He won races in the World Touring Car Championship, two gold medals at the Paralympics in London 2012, made it through the Iron Man and is adding more handbike world titles every year…

In this ultimate race, Zanardi is accompanied by two teammates - no less than ex-Formula 1 driver Timo Glock and touring-car champ Bruno Spengler. Together they form a true all-star team of racetrack pioneers, going beyond limits and limitations in their BMW GT racing car. Never before has a handicapped driver competed in a race on this level with able-bodied drivers.

The documentary covers the whole story, starting three months before the race with their first get together at BMW Motorsport headquarters in Munich. The camera then follows the team and their specially equipped BMW Z4 race car in brilliantly filmed, ultra-high-definition pictures until the lights turn green in Belgium and the Iron Man with plastic legs limps into his racing car, changing seat and steering wheel with his teammate.

But for Alex Zanardi, even after the marathon race, his mission is not over. Only four days later, he is eager to defend his white jersey at the Handcycle World Championship in Switzerland - an outrageous challenge, even for the man with no limits.