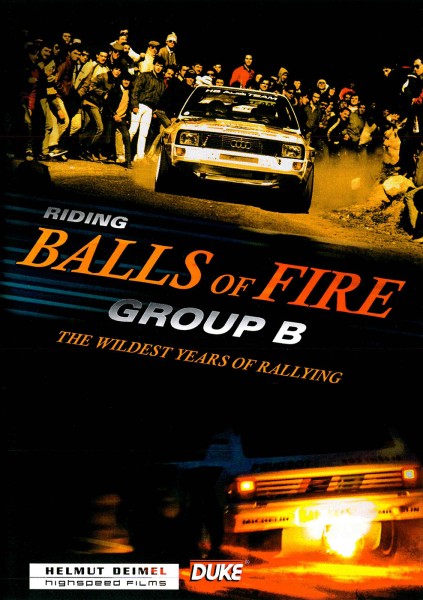 As is typical for Deimel, the chronology of events is broken up by special features such as the failure of the high-tech cars in Africa, the fight for glory on the Race to the Clouds at Pikes Peak, and a preview on the planned Group S formula. Apart from the action on the special stages, “Riding Balls of Fire” also highlights the technological developments and the heroes of the supercar era. For his homage to Group B rallying, Deimel has spoken to all the important characters including the four Group B World Champions plus Walter Röhrl, Michèle Mouton, Ari Vatanen and the former team managers Jean Todt and Cesare Fiorio.

Although this 100-minute documentary also deals with the tragic accidents, Deimel always focuses on the fascination of that era. “Riding Balls of Fire” is not a blood opera. It is a rally film that gets under your skin. Deimel’s review only throws a few critical stones at Group B rallying, rather preferring to strew rose petals in its wake in memory of a very special time.