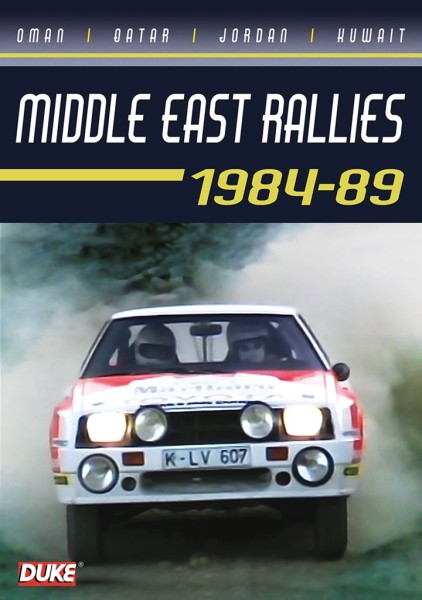 The Middle East Rally Championship started in 1984, creating a challenging environment for drivers to push their skills - and their cars - to the limits. With rounds in Qatar, Jordan, Oman, and Kuwait, the initial championship drew major entries from Porsche, Opel and Toyota in factory-backed teams. With tricky hot and dusty conditions the rallies were dominated from the beginning by talented competitors from within the region.
Battles between Saeed al-Hajri, Michel Salah and Mohammed Ben Sulayem dominated the 1980s, as Porsche and Toyota fought for the constructor’s bragging rights. Fast and furious action on wide-open desert landscapes was the order of the day, with highly partisan local crowds backing their heroes to the hilt. These highlights of selected rounds from the first four years of the Middle East Rally Championship show just how competitive and thrilling the action was.