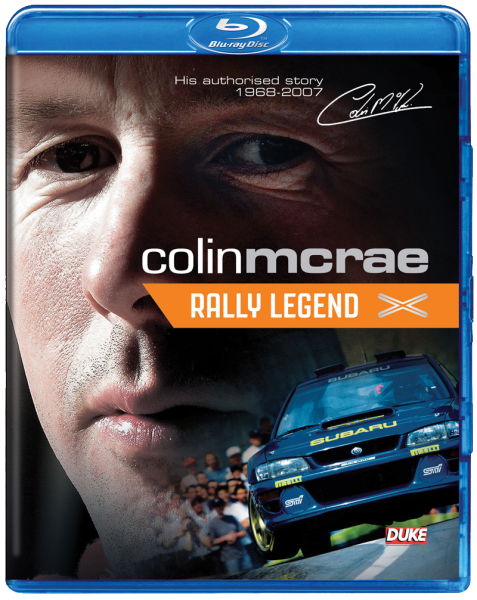 With full access to all the WRC recordings of Colin's championship years, plus other rally and family archive, director Mark Cross was able to compile the most comprehensive career record yet of this remarkable sportsman.

Working closely with McRae Motorsport Ltd, we also had rare and exclusive access to Colin during a hectic year in which he was about to launch his first production rally car, the amazing R4, was contracted to the X-raid BMW team for Dakar 2008, was involved in the launch of the latest version of his hugely successful computer game 'Colin McRae-Dirt' and was seriously considering a return to the WRC.

The crew also joined Colin driving the R4 in public for the first time at Goodwood and thrilling the crowds in his unique Ford Escort Mk 2 at the Manx National Rally. Finally we were especially privileged to spend two days in Lanark with Colin and his family. Here Colin talked candidly about every aspect of his career and life, his favourite - and not-so-favourite - drives, events, teams and his plans for the future. The result is the critically-acclaimed Colin McRae - Rally Legend.
This is his story - the story of a true rally legend.