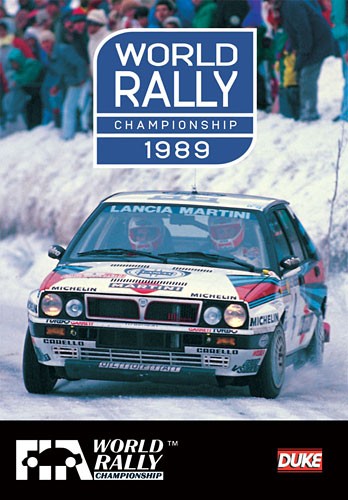 In 1989 Japanese teams took the ralying world by storm, sparking one of the most exciting series in rally history.

The italian camp had pinned their hopes on Lancia's new 16-Valve Integrale in an attempt to counter the growing challenge from Japanese manufacturers Toyota, Mazda and Mitsubishi. Outstanding performances were produced by world favourites Juha Kankunnen, Hannu Mikkola or Ari Vatanen.

On-board and helicopter cameras follow the action through over 28,000 km of snow, mud and dust from Sweden to Australia and New Zealand. The East vs. West battle reaches a thrilling finale, topping off a highly successful season.