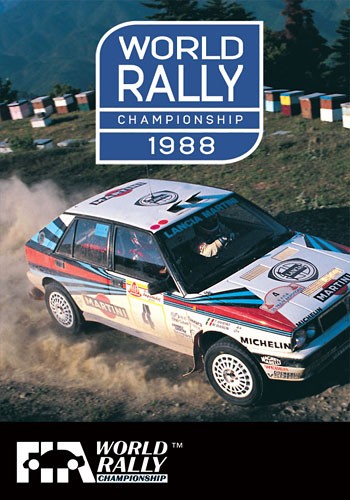 Description Evaluations 0
Description
In the 1988 season, it was the Lancia team with its Delta already having the best Group-A car,... more
Close menu
World Rally Championship 1988 DVD

In the 1988 season, it was the Lancia team with its Delta already having the best Group-A car, and now with the Delta Integrale, not having too much in common with the other version, started to take the rallyworld by storm. With its wide fenders, huge wings and air inlets one could anticipate, what this car was build for. Although the Integrale was not necessarily faster than its competitors, the whole package was unbeatable. Only at the Tour de Corse, with an unbelievable run from Didier Auriol in his Ford Sierra Cosworth, Lancia had to surrender.

Toyotas new Celica GT4 could pressurize Lancia from time to time, but not beat them. No other car won as often as the Integrale, and luckily for the Italians it was their local hero, Miki Biasion, to stand on top of the podium in the majority of cases, getting hold of the world championship title for the first time.