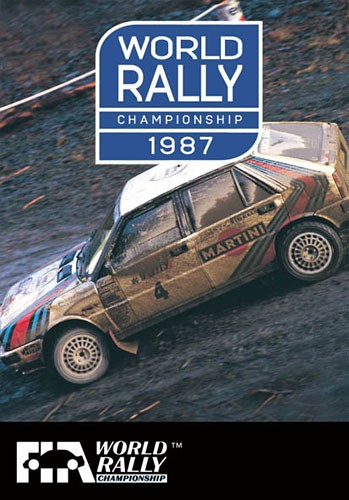 From the snow-laden roads of Monte Carlo to the dusty tracks of Spain, the 1987 World Rally Championship provided entertainment to rival any previous race series.

This DVD travels the full twelve rounds, with superb camerawork from the very heart of the action. Lancia were favourites but BMW, Audi and Mazda were intent on blocking runaway success for the italian marque.

Reigning champion Juha Kankkunen was the driver they all wanted to beat, but team orders demanded that on occasion he be „allowed“ to win. At other times Micki Biasion led as the Lancia HF4WDs were put into front running places.