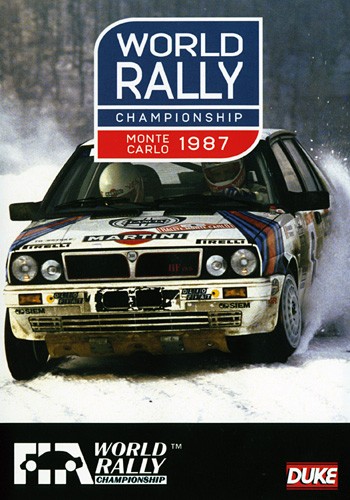 The 1987 Monte-Carlo Rally marked the start of a new era for the World Rally Championship. The Group B 'supercars' had been banned, but turbo-charged and four-wheel-drive machines ensured there was still plenty of speed, drama and controversy. Experience the opening round of the 1987 World Rally Championship, and a new era for the sport, in these exceptional highlights.

Juha Kankkunen had switched to Lancia for '87, and it seemed a good move as the Delta 4WDs of the World Champion and teammates Bruno Saby and Miki Biaison dominated the opening stages of the five-day event.

As the battled raged across snow and ice, the fight to be 'best of the rest' featured Walter Rohrl in the Audi 200 Quattro, the Ford Sierra Cosworth of Stig Blomqvist, the Mazda 323 of Timo Salonen and reigning Group A World Champion Kenneth Eriksson, in the Volkswagen Golf GTi.

With just one day left, the dominant Lancias faced exclusion after a protest. The team escaped sanction, but there was further controversy when Biasion secured an unexpected victory ahead of a clearly unhappy Kankkunen.