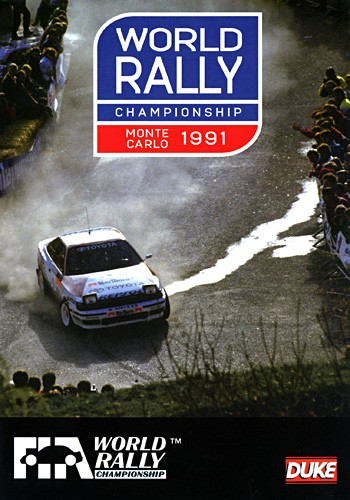 Description Evaluations 0
Description
The 1991 World Rally Championship was set to be one of the most competitive in recent years, and... more
Close menu
Monte Carlo Rally 1991 DVD

The 1991 World Rally Championship was set to be one of the most competitive in recent years, and as the cars lined up for the opening round in Monte-Carlo the scene was set for a battle royal between the best drivers, and the top manufacturers.

Reigning World Champion Carlos Sainz in his Toyota Celica GT-4 would face competition not only from the five-strong Lancia Delta Integrale line-up, featuring Miki Biasion, Juha Kankkunen and Didier Auriol, but also Timo Salonen, making his Mitsubishi debut, Hannu Mikkola, who remained with the Mazda 323, and the determined Ford team.

This highlights programme features high-speed action, power slides and interviews with the stars as you relive the dramatic and emotion-packed 1991 Monte-Carlo Rally.