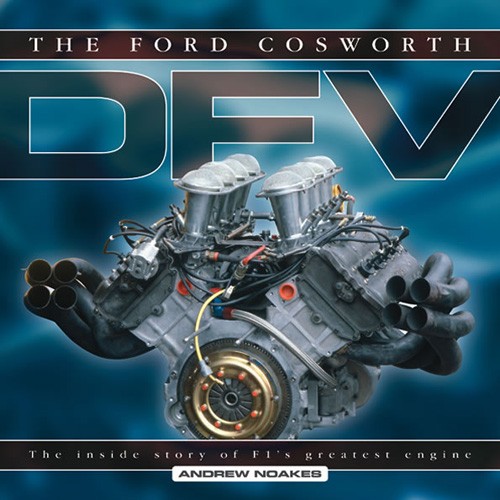 This product is currently not available.
Please inform me as soon as the product is available again.
24.90€ *

The Ford Cosworth DVF engine dominated the Formula 1 in the 70s and has won more than 150 races in its 17-year career. In the mid-70s, its turbocharged derivate DFX took over and became the most successful engine in the USAC/CART series.This book tells the remarkable story of this family of engines with archive footage and interviews as well as an appendix listing every World Championship and Indy Car race win.