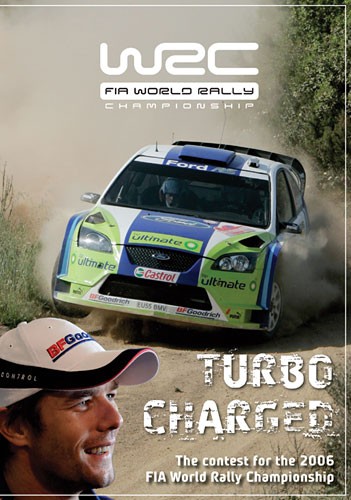 Re-experience the excitement of the 2006 FIA World Rally Championship as this DVD takes you through the thrills, spills, drama and stunning record-breaking action of the season.

Sebastien Loeb started the year as two-time World Champion and after boosting his statistics to an awesome 28 WRC victories, becoming the most successful WRC driver of all time. Citroen's superstar claimed a hat-trick of driver titles to finish off the season. Ford finally clinched its first FIA WRC Manufacturer's title for 27 years.

Featuring a full review of the 2006 season, embark on a journey through 16 countries over four continents, on some of the world's most challenging terrain, covering the sub-zero temperatures of Sweden and famous high-speed rollercoaster roads of Finland, to the rough and rocky stages in Greece and the tricky mountaineous asphalt of Corsica. The WRC is the most gruelling motorsport on the planet, tackled by some of the World's most talented drivers.

Highlights from the Junior and Production World Rally Championship