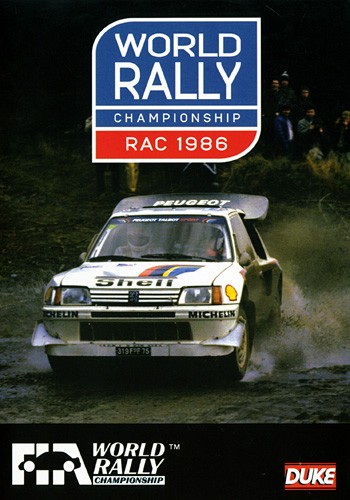 The 1986 Lombard RAC Rally marked a milestone. This was the last time the awesome Group B machines would see World Rally Championship action in Europe before being banned after a season of tragedy and controversy. The British round would ensure these 'supercars' would go out with a dramatic bang!

Through the forests the battle raged. With the end in sight, 1985 World Champion Timo Salonen showed his style to take the lead, while Kankkunen fell victim to the treacherous conditions, his dramatic roll captured in spectacular pictures. Behind the leaders there was an intriguing fight between the Metro 6R4s of British heroes Tony Pond, Malcolm Wilson and Jimmy McRae.

Action footage and interviews with the stars bring you the story of the 1986 RAC Rally, and mark the end of the Group B 'supercar' era.