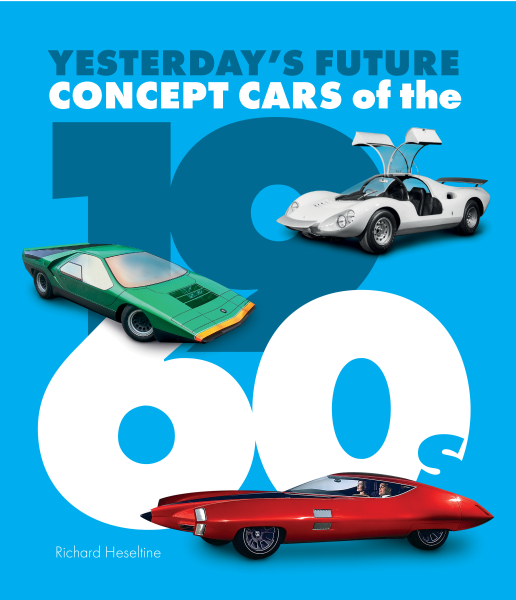 Description Evaluations 0
Description
Concept cars are meant to break moulds and explore new ideas; to forecast or establish trends.... more
Close menu
Concept Cars of the 1960s - Yesterday's Future
Concept cars are meant to break moulds and explore new ideas; to forecast or establish trends. They afford designers the opportunity to let rip; to use their imaginations and envisage the sort of vehicle that we will be driving in years - perhaps decades - to come. The fact is that some concept cars are displayed at an event and never seen again, while others cross continents and become media darlings, only to be placed in storage - or worse - once they are no longer of use. The 1960s witnessed the emergence of countless memorable showstoppers, and this book presents a year-by-year rundown of the most memorable concept cars of the 1960s with several obscurities thrown in for good measure. Some have long since earned legendary status, foretelling the future, while others fell a long way short. Here is fascinating glimpse into how the future of motoring looked in the 1960s, from the sublime to the frankly ridiculous.
- A year-by-year selection of nearly 200 concept cars from the 1960s with descriptions that provide a flavour of their reception at the time, along with, in many cases, quotes from magazine reports of the day.
- Over 350 period archive photographs - many in colour - of cars ranging from the 1960 Lancia Loraymo, through the 1963 Prince 1900 Sprint and the 1966 AMC ‘Rambleseat’/AMX to the 1969 Pininfarina 512S Berlinetta Speciale.
- Brief histories for each of the cars featured, along with details of their key features and innovations.
- A look at some of the cars that set future trends, and others that presented unique ideas which, in some cases perhaps fortunately, never saw the light of day.
- Lavishly designed and produced to showcase the wealth of imagery.
- A unique retrospective look at how the designers of the 1960s saw our automotive future.