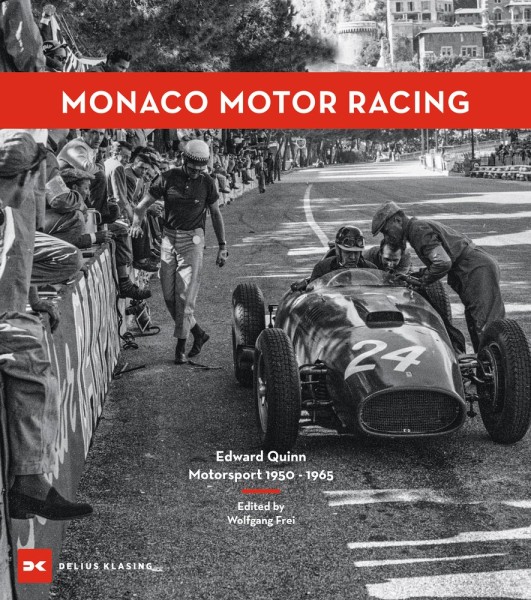 - Formula 1 of the 50s and 60s: Pictures from a legendary era of motorsport
- Driver portraits, racing action and historic Formula 1 cars from Ferrari, Porsche, Alfa Romeo and Jaguar
- 180 photos, some of them previously unpublished, from the archive of Edward Quinn
- Insights into post-war Monaco: lifestyle, glamour and celebrities

Looking at Edward Quinn’s photographs of the 1950s and 1960s, it quickly becomes clear that this man had an eye for people and moments. His black-and-white photographs capture the tense atmosphere of the incomparable car race in Monaco and show famous racing drivers and their high-powered bolides up close. With this high-quality illustrated book, you can immerse yourself in the time when the great F1 world champions raced through the tight corners in polo shirts and open helmets and mass crashes were still not unusual. You have definitely never seen Formula 1 in Monaco like this before!