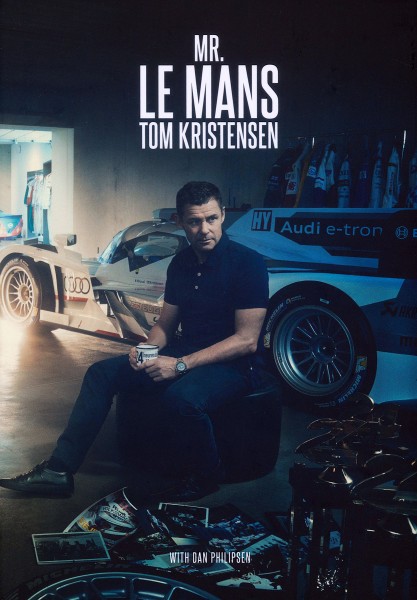 Climbing the racing ladder, from karting into Formula 3 single-seaters, including championship titles in Germany (1991) and Japan (1993), then Formula 3000 and a Formula 1 testing role with Tyrrell.
Winning as an underdog on his first visit to Le Mans, in 1997 driving an elderly Joest-run privateer Porsche in which he impressed all onlookers with a night-time charge to vanquish Porsche’s factory-entered favourite.
His second Le Mans victory came in 2000 on his maiden drive for Audi in the R8, a car that was to become all-conquering.
Kristensen won the next five editions of Le Mans, four times with Audi and once with Bentley (in 2003), his last victory in this sequence taking him past Jacky Ickx’s previous record at the Circuit de la Sarthe.
His eighth win came in one of the all-time classic contests at Le Mans, in 2008, a rollercoaster of a race in which his ageing diesel-powered Audi was never expected to beat the fancied works Peugeots.
One more victory with Audi in 2013 sealed his reputation as a true legend of Le Mans.
His story includes exploits at other racetracks all over the world, none more prolific than Sebring, home of America’s long-established classic endurance race that Kristensen won six times.
Personal reflections together with contributions from notable observers - including English journalists Gary Watkins and Charles Bradley - complete a truly rounded rounded portrait of the man and his achievements.