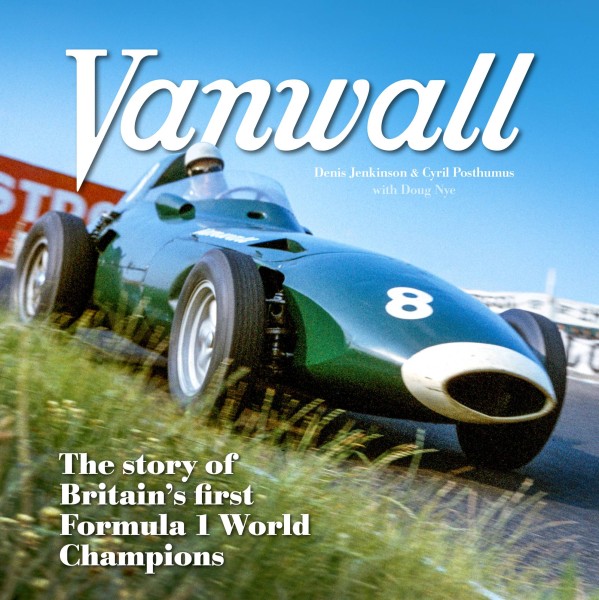 When international Grand Prix motor racing resumed following World War Two, the red cars of Italy were the dominant force, and Alfa Romeo, Ferrari and Maserati swept all before them. Patriotic industrialist Tony Vandervell - founder of bearing manufacturer Vandervell Products Ltd - resolved to break their stranglehold over the sport with a team of British cars and pursued his ambition with single-minded devotion and determination.

Deploying all of the engineering expertise and industrial might at his disposal, Vandervell achieved his goal in 1957, when the Vanwall of Tony Brooks and Stirling Moss won the British Grand Prix at Aintree. By the end of 1958, Vanwall had won a total of nine World Championship Grands Prix and claimed that year’s inaugural Constructors’ Championship, building the foundation for the considerable success that would subsequently be enjoyed by British-built Formula One cars.

First published in 1975, this book offers a unique insight into Tony Vandervell and the rise of his Grand Prix team and has been extensively expanded for this new edition from Porter Press International with the inclusion of hundreds of official factory documents from the GP Library archive - from telegrams and letters to lap charts and technical records. With a superb collection of period photographs and detailed captions written by Doug Nye, the result is the definitive history of this ground-breaking British Formula One team.
Related links to "Vanwall - The Story of Britain's first Formula 1 World Champions"
Evaluations 0
Read, write and discuss reviews... more
Close menu
"Vanwall - The Story of Britain's first Formula 1 World Champions"