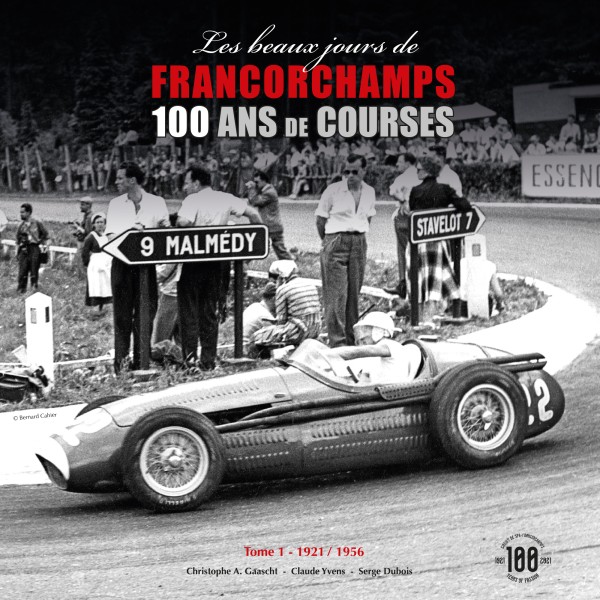 Who gave Francorchamps the title of 'most beautiful circuit in the world'? Who 'invented' the Raidillon? Who saved Jackie Stewart after his big accident at the 1966 Belgian Grand Prix? How did Mika Hakkinen achieve his famous overtaking of Michael Schumacher? How did Francorchamps manage to stay at the top level of motor sport for 100 years?

Five enthusiasts of the Spa-Francorchamps circuit, living or working in the circuit's universe for years, bringing together three generations, have joined their pens to visit its entire history as it has never been told before. They filled those reference books - among other things - with
- A large number of unpublished images
- Descriptions of the 14 kilometre circuit through the ages
- Stories from the races and the paddock
- Countless anecdotes from the past and/or never-before-seen
- Moments of glory, but also the hard times
- Life in the hotels and workshops around the circuit

A translation of the texts in English, Dutch and German is available on request from the publisher.