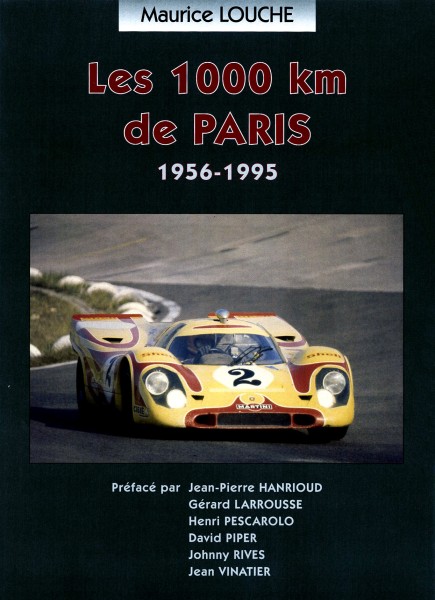 This product is currently not available.
Please inform me as soon as the product is available again.
149.00€ *

In Paris, practically all the greats of their time were at the start, from Amon to Bonnier, Clark, Larrousse, Parkes, Pescarolo, Piper, the Rodríguez brothers and Trips to Vaccarella, and this crème de la crème moved the very finest equipment from makes like Ferrari, Porsche, Alfa Romeo, Maserati, Aston Matin, Cobra.

Éditions Maurice Louche presents a richly illustrated book with almost 700 images, mainly from the golden era of the Paris race. A sports car spectacle in a class of its own.