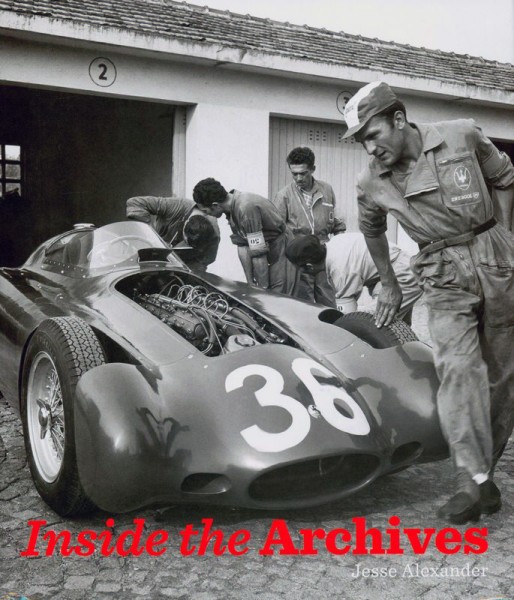 This product is currently not available.
Please inform me as soon as the product is available again.
34.90€ *

Some are new takes on classic events, such as a sweeping shot of Stirling Moss leaping into an Aston Martin DB3 at Le Mans, or the procession of red Ferraris lined up for the start at the Targa Florio. But many others treat the reader to unusual cars, lesser-known drivers, and startling settings that have never appeared in Alexander's other books. There's the innovative, championship-winning Vanwall driven by Stuart Lewis-Evans at the 1958 Grand Prix of Morocco, a race that would prove fatal for the Englishman. There are the beautifully prepared Ecurie Ecosse Jaguar D-types waiting to face American Indy cars at Monza's short-lived “Race of Two Worlds” in 1957. And in a stunning departure from the pageantry and lush scenery found at so many European venues, there is a startling mix of home-built hot rods and exotic land-speed racers set against the otherworldly background of the Bonneville salt flats in 1965.

Regardless of the subject or setting, each of the images in "Inside The Archives" reflect Jesse Alexander's unique gifts as a photographer as well as a fascination with the world or motorsports that has endured for more than half a century.