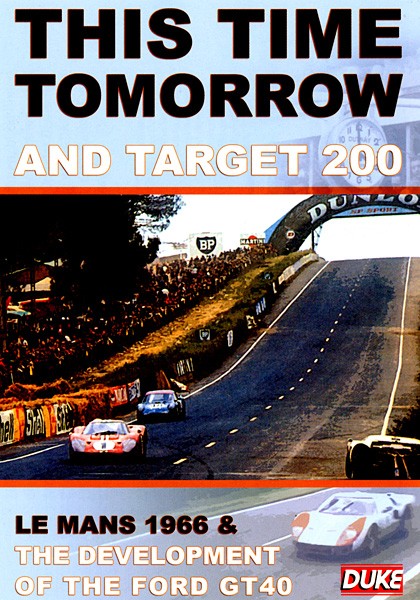 This atmospheric film traces the fascinating story of the awesome Ford GT40 and its domination of the world's greatest endurance race. In 1966 the American car giant was determined to beat the best Europe had to offer at the Le Mans 24 hour race. Three teams equipped with eight Mark II GT40s travelled to France with victory at the Circuit de la Sarthe the only goal. Ford boasted an incredible driver line-up featuring some of the greatest names in motorsport - including Bruce McLaren, Graham Hill, Mario Andretti, Dan Gurney, Chris Amon, Ken Miles and more. Amazingly, the seven-litre V8 GT40 would not only take victory, but would dominate the race to fill the top three positions, leaving Porsche and Ferrari in the shade.

This wonderful film captures the drama and magic of this classic race, with comments from the drivers and trackside commentary creating a unique and atmospheric record of Ford's important victory. This DVD also features Target 200, an extraordinary film from the Ford archives. It traces the development of the iconic GT40 from conception to racetrack, with rare footage of Roy Lunn and John Wyer discussing plans for the car and the building of the first prototypes.