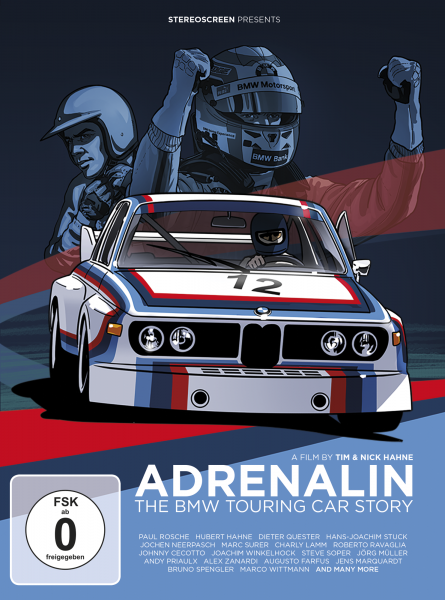 The film looks back on 50 years of touring car racing with the bavarian brand. As detailled, stunning and emotional as never before. The plot starts in the 60s, where the cars have been prepared on the hayfield and the drivers were sliding over the Nurburgring or the Eau Rouge in Spa until the flies were sticking on the side windows of their cars.

The founding of the M GmbH in the beginning of the 70s. The M1 with the legendary Procar races during the Grand Prix weekends. The success story of the M3. And the glory days of the DTM with wheel to wheel racing at ist best. „Adrenalin“ lets you relive the history. Alex Zanardi’s miracle with his victories in the Touring Car World Championship after his terrible accident, where he lost his legs. BMW’s sensational comeback into DTM with that unexpected championship title. The film illustrates BMW’s touring car highlights from five decades. Stars and strategists narrate from the cockpit’s perspective. From Hubert Hahne and Striezel Stuck to Bruno Spengler. From Jochen Neerpasch and Charly Lamm to Jens Marquardt.