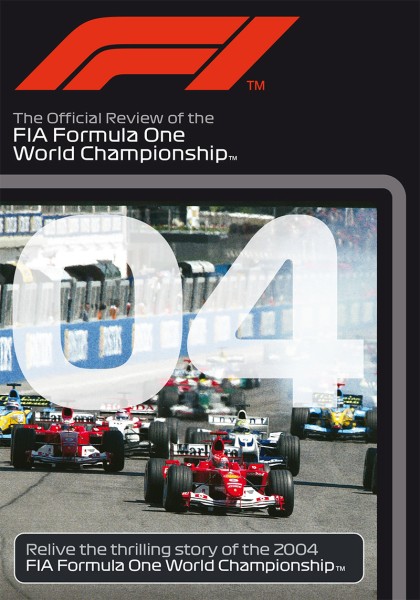 To say that Michael's ruthless domination of the sport was the only story of 2004 is just not true. McLaren and Williams fell by the wayside with just one win each, leaving Renault and BAR to pick through the pieces.

This year marked Jenson Button's meteoric rise to become a genuine championship contender. Ride on-board with Jenson as he hits almost 19,000 rpm taking his first ever pole position in Imola.

Listen to Takuma Sato's team radio at the start of a race, experience the return of Jacques Villeneuve and the crash that put Ralf Schumacher out for much of the season.

2004 saw East meet West with new circuits in Bahrain and China that brought out the best and worst in Michael Schumacher.

Watch the record-shattering season unfold from a multitude of on-board cameras, exclusive interviews and unseen footage as Michael does it again!