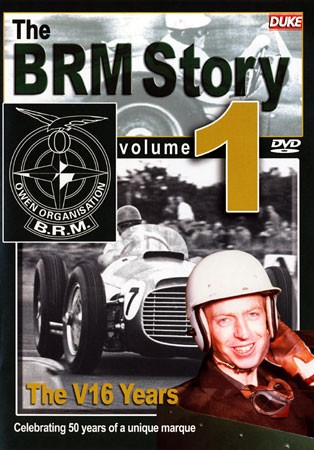 Raymond Mays and Peter Berthon dreamed of building a British Grand Prix car that could beat the best that Italy and Germany had to offer. Influenced by government sponsorship provided to other racing manufacturers, Mays enlisted the help of leading figures in the British manufacturing industry, and in 1947 the British Motor Racing Research Trust was born. From conception, developing the complicated car was an intricate and expensive affair. The car boasted no less than 16 cylinders in 'V' configuration with an engine capacity within the then 1.5 litre limit. Its debut at Silverstone in 1950 was not a success and indeed its first two years of competition were notable only in their lack of accomplishment. However racing fans the world over thrilled to the sound of these magnificent cars, despite their lack of command on the track and today the sound of a BRM V16 in full song is still something special. Now, in the first volume of this commemorative four part series, motorsport historian Neville Hay reveals BRM's early history, including the concept and development of the V16 and the subsequent acquisition of BRM by Rubery Owen.