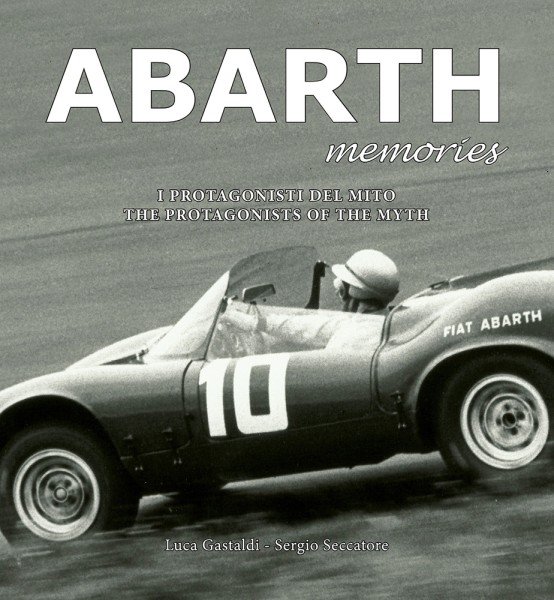 Description Evaluations 0
Description
Abarth Memories is a new book dedicated to the famous Scorpion trademark. Compared to many other... more
Close menu
Abarth Memories - The Protagonists of the Myth
Abarth Memories is a new book dedicated to the famous Scorpion trademark. Compared to many other books published in the past, the book written by the journalist Luca Gastaldi with the collaboration of Sergio Seccatore (an engineer who worked in corso Marche during the 1960’s) does not deal with technical matters. You will not find the sequence of the many cars designed and built in the factory founded in Turin in 1949 and managed by Carlo Abarth between 1949 and 1971, you will not find the never-ending list of the victories scored in more than twenty years of sporting activity.
What you will read in the 240 pages of Abarth Memories is the story of a great company told directly by the protagonists. You will find the portrait of Carlo Abarth - of the man, the businessman, the versatile character that he was - painted by those who worked side by side with him. You will find the stories told by his employees, collaborators, and drivers: men and women who lived the Abarth myth personally. In fact, they did even more than that: they contributed in a significant way to the development of what will always be known as the speed factory.
So, the book is a fascinating trip down memory lane, with the stories of personal experiences intertwined with previously unpublished photographs. The protagonists are subdivided according to their roles in the company: the technicians, drivers, test-drivers, mechanics, test-room workers, clerks. There are also people who worked in the exhaust department and the Autoboutique. At the beginning of the book, instead, there are the recollections - defined as “retrospective” - of Lorenzo Avidano (Carlo Abarth’s right-hand man for more than twenty years) and, the Austrian genius’ third wife, Anneliese Abarth.