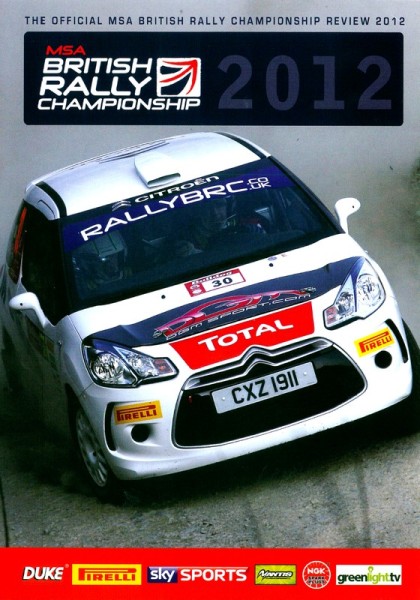 Hold on tight as we bring you almost 4 hours of action-packed rallying, including plenty of jaw-dropping in-car footage, from a new era in the BRC as four-wheel-drive makes way for two-wheel-drive, and Citroen, Renault and Ford embarked on a season-long battle for supremacy.

Bursting with essential highlights from all 6 rounds, this official review lets you see the maestros tackling gravel, mud, tarmac and even standing water in pursuit of victory.
Mark Donnelly and Tom Cave set the early season pace, but double British Rally Champion Keith Cronin, after a year away, was soon back to his winning ways and came out on top in a series of epic battles over the summer. As the BRC moved to the ultra-fast stages of Yorkshire, four of the drivers lining up could still claim the crown; Cronin, Cave, Osian Pryce and Jonny Greer.

That last showdown was an epic, with the title challengers giving it their all. Amazingly, after six stages and more than 66 competitive miles, the top pair could not be split, ending this incredible season with a rightly remarkable dead heat.

The official review is also a chance to witness the return of Guy Wilks in Ulster, the stunning form of Jarkko Nikara and the car-rolling antics of Nick Allen, Jussi Kumpumaki and more.
There's also a moving tribute to co-driver Gareth Roberts and a chance to ride in-car for an entire stage alongside Donnelly.