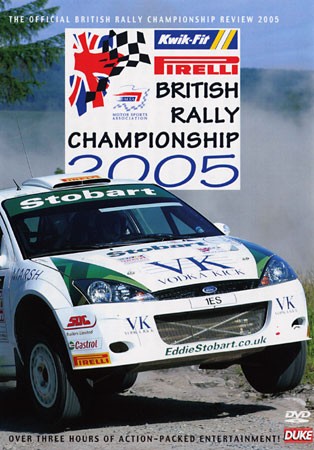 Take a deep breath and hold on tight, because this comprehensive review of the 2005 British Rally Championship includes over three hours of left foot braking, handbrake turns and awesome speed, as the top names slug it out over eight gruelling stages throughout Britain. Mind-blowing footage from inside and outside - including scenes from Mark Higgins' Ford Focus WRC - the cars comes as standard, as the white-knuckle action unfolds over gravel, mud and tarmac. A multitude of camera angles capture all the action throughout this year's hectic season, while on-board cameras place you right in the belly of these super-charged beasts!