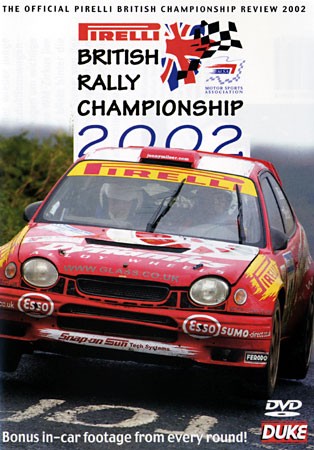 Since decades the British Rally Championship is one of the best national championships of the world. Many World Championship drivers learned their skills on the tricky stages through the British forests. In 2002 Jonny Milner, Justin Dale and Gwyndaf Evans were the main players fighting for the British rally crown. This video delivers a full review from all rounds including comprehensive in-car footage.