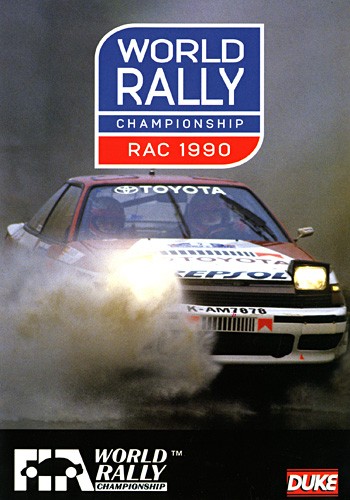 Description Evaluations 0
Description
The Lombard RAC Rally was the final event of the 1990 World Rally Championship, and with the... more
Close menu
RAC Rally 1990 DVD

The Lombard RAC Rally was the final event of the 1990 World Rally Championship, and with the title already decided, an incredible line-up of the best drivers on Earth would be going all out for victory on the fast and challenging stages of Britain. The scene was set for a fascinating battle in what would prove to be appalling conditions.

Incredible action footage, interviews with the stars and no less than six complete special stages filmed from inside the leading cars, courtesy of Wilson, Sainz and Schwarz.