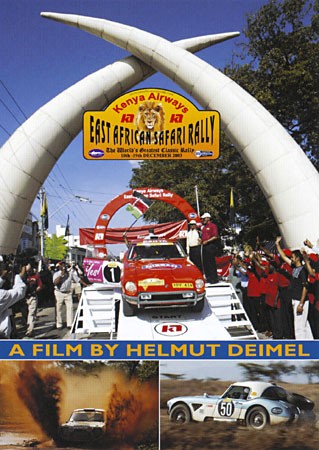 Fifty years after the first Safari Rally took place in 1953, 48 crews from 17 countries competed in the East African Safari Classic Rally which covered over 5,000 kilometres in 10 days. This epic film by Helmut Deimel is a superb record of the tough conditions faced by the drivers and cars as they covered every surface that East Africa could offer ... Billowing dust, clinging mud, unmade tracks through the bush, mountain passes strewn with boulders and roads under feet deep water. Or as former Audi Worksdriver Michèle Mouton, who competet in this event, said: "This was not just a historic event, this was the real thing!"
Special feature: Behind the scenes of the production of this film.