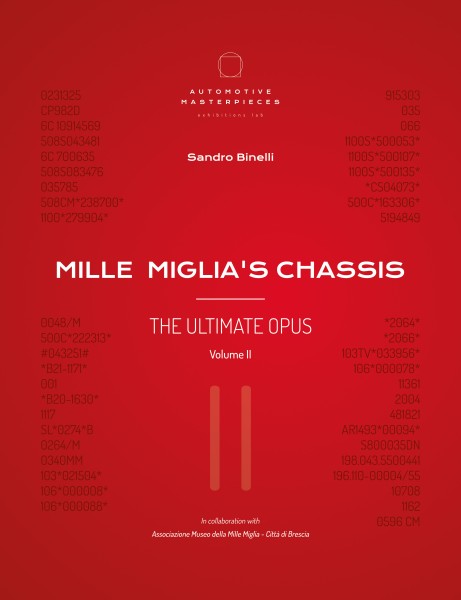 In the second volume of the series there will be 45 cars featured which took part in the original editions of the race, plus another 11 of those participating in events under the Mille Miglia name from 1958 to today. MILLE MIGLIA’S CHASSIS will be a true collector’s item, a “must have” for those who want to have all the cars which took part in the Mille Miglia in their bookshelf!
Related links to "Mille Miglia’s Chassis - The Ultimate Opus Volume 2"
Evaluations 0
Read, write and discuss reviews... more
Close menu
"Mille Miglia’s Chassis - The Ultimate Opus Volume 2"