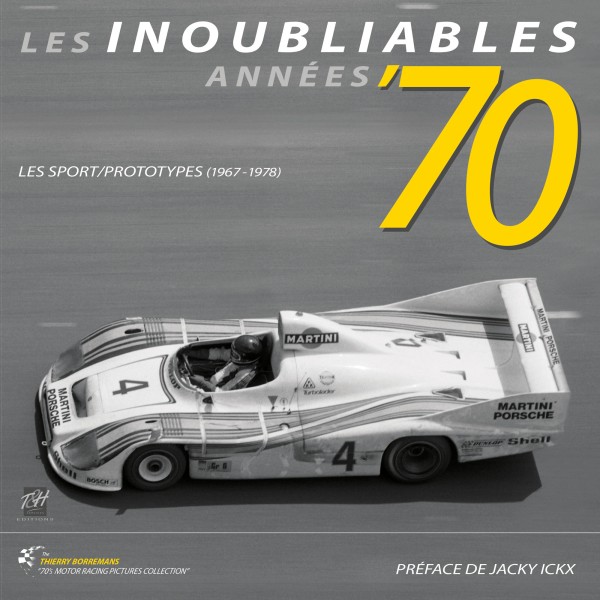 The 400-page book contains a selection of more than 400 photos of which 90% are unpublished and shows the most striking cars of the seventies by presenting them in action at the time and today during events for classic cars in the hands of their current owners. The footage shown covers 14 races including the 1000 km of Spa, the 24 Hours of Le Mans and 1000 km of the Nürburgring.