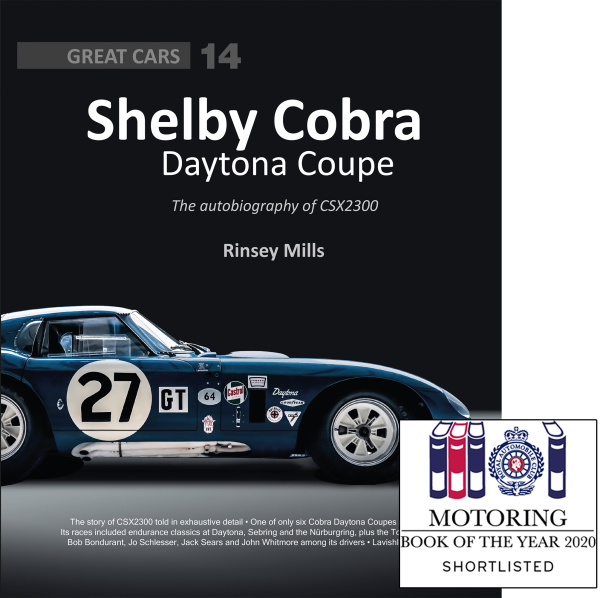 
Key content
- The design evolution and development of the Daytona Coupe, with first-hand input from the car’s designer, Peter Brock.
- All 16 events in Shelby’s two-year campaign with these cars are covered in detail, from the 1964 Daytona 24 Hours (the race that gave the model its name) to the obscure final official outing in the 1965 Coppa Citta di Enna at Sicily’s Enna-Pergusa circuit.
- The five events of CSX2300 receive special attention: the car’s 1964 début on the Tour de France was followed by four more races in 1965 - the Daytona 24 Hours, the Sebring 12 Hours, the Nürburgring 1,000Km and the Reims 12 Hours.
-Brief biographies of the eight men who raced CSX2300 are a further feature: Bob Bondurant, Jochen Neerpasch, Allen Grant, Ed Leslie, Jo Schlesser, André Simon, Jack Sears and John Whitmore.
- CSX2300’s post-1965 history, including a spell of racing in Japan, is explored.
- The expert text is supplemented by 300 period photographs, many previously unpublished, supported by a portfolio of commissioned special photography.