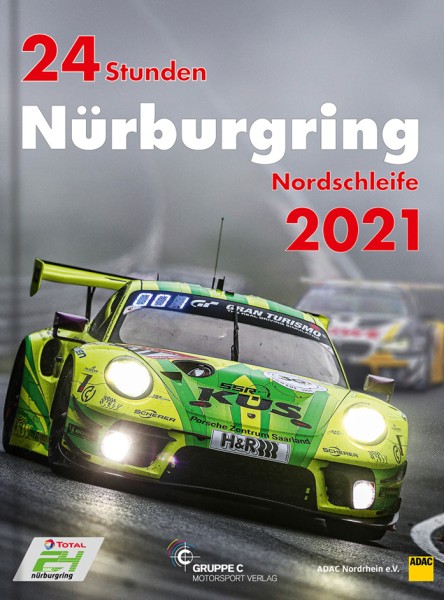 A long interruption due to fog meant that only three and a half hours of driving time were left on the clock after the restart. The 24-hour race became a sprint race.

The supporting programme was again top-class: For the 30th time, the young and classic cars started in the 3h Classic race, the WTCC was there for the seventh time and the Rundstrecken-Challenge Nürburgring opened the racing action on Thursday morning as usual. The action was rounded off by a premiere: the first appearance of the touring car legends from the former DTM.

As usual, this book covers the entire 24-hour race and is also a great source of reference, featuring a comprehensive results section and lap charts. This is an undisputed ‘must have’ for any motorsport fan.
Related links to "24 Stunden Nürburgring Nordschleife 2021"
Evaluations 0
Read, write and discuss reviews... more
Close menu
"24 Stunden Nürburgring Nordschleife 2021"