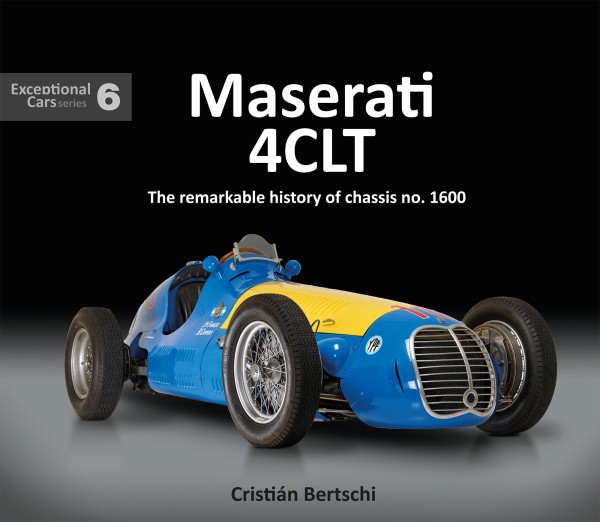 Key content
- Author Cristián Bertschi is a specialist in tracking the history of cars of this era and describes 1600’s exploits race-by-race, including a period after it ceased to be competitive in Grand Prix racing and was fitted with a Ford V8 engine for local events in Argentina.
- 4CLT 1600’s subsequent history reads like a detective story: how it was re-discovered, put back to its original specification, restored and rebuilt, and went on a journey from Argentina to the United States and Japan before settling back in Europe, where it is now an established competitor in historic racing.
- As well as a detailed chronicle of the car’s highs and lows, the text includes profiles of the men who raced in 1600 and a personal account of driving and running it by a former owner who describes the daunting task of re-creating a Maserati 4CLT engine from scratch.
- Profusely illustrated and including many previously unpublished photographs, the book provides not only the remarkable story of an exceptional car but also an insight to the vibrant post-war racing scene in South America.