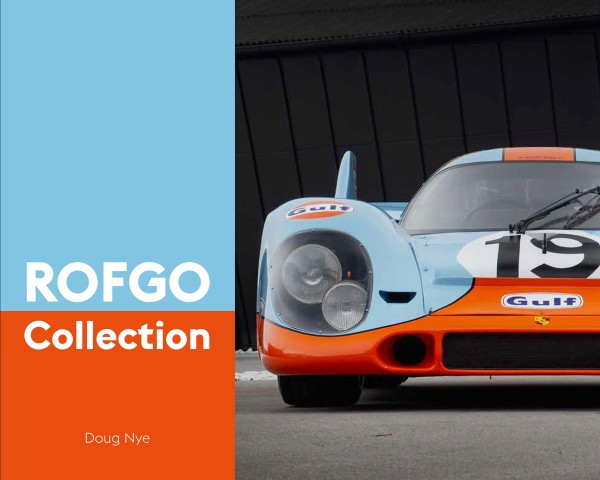 This product is currently not available.
Please inform me as soon as the product is available again.
87.90€ *

Decades later, and with the help of Adrian Hamilton, Goethe set about fulfilling a childhood dream. His mission was to create a collection of racers that had been backed by one of the most famous names in motorsport sponsorship - Gulf Oils. From sports-racers and single-seaters to 21st century GT contenders, the result is an unrivalled and truly evocative set of more than 30 cars - all of which are included in this exciting new title.

Key content
- Every car in the collection, from Mirage M1 to Aston Martin GTE, covered in depth by one of the world’s leading motorsport historians.
- The full history of iconic models such as the Ford GT40, Porsche 917 and McLaren M23 - plus lesser-known curiosities such as the Mirage M5 Formula Ford car.
- Quotes from the drivers, engineers and team managers who were involved with each car.
- This is by no means a static collection - the book also includes the story of how the cars are looked after and campaigned in the world’s best historic motorsport events.
- Full specifications and period race history for every car included in the extensive appendices.
- More than 300 photographs, including a specially commissioned photoshoot of each car and superb archive images.
- Limited edition of 950 copies.