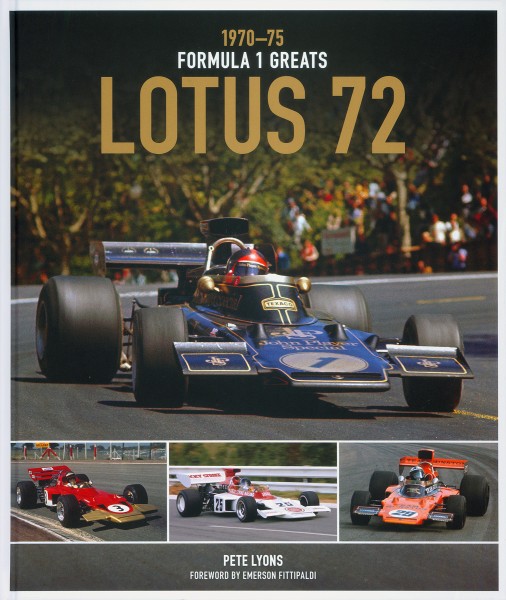 - The 1970 season: after troubled early development, the 72 finally took over from the long-serving 49, its four consecutive race wins enough to secure the World Championship for Jochen Rindt, posthumously after his death during practice for the Italian Grand Prix.
- The 1971 season: with promising youngster Emerson Fittipaldi elevated to team leader after Rindt’s death, great things were expected of the 72’s second season but it proved to be winless.
- The 1972 season: now in black and gold John Player livery, the 72 became far more competitive and Fittipaldi’s four Grand Prix victories made him World Champion.
- The 1973 season: Ronnie ‘SuperSwede’ Peterson joined Fittipaldi to form a dream team and together they won seven races, but because Lotus’s spoils were divided between the two drivers Jackie Stewart was able to come through to become World Champion.
- The 1974 season: still the 72 soldiered on, now as the fall-back car after its successor, the 76, failed to deliver; partnered by Jacky Ickx, Peterson won three Grands Prix.
- The 1975 season: well beyond its sell-by date, the 72 did a final season but by now it was far from effective, with Ickx’s second place in the tragic Spanish Grand Prix its best result