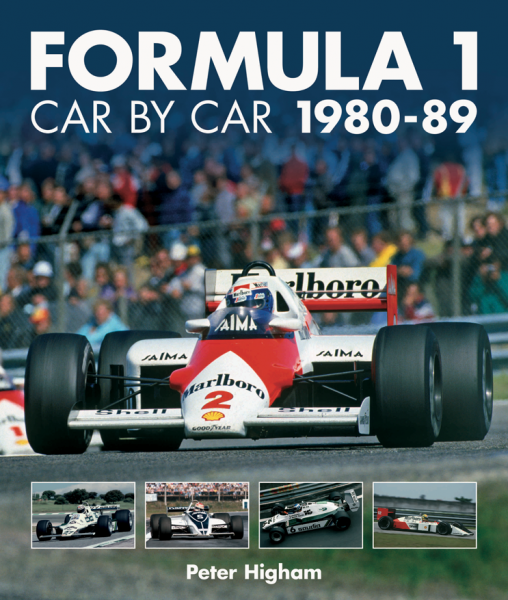 - Year-by-year treatment covers each season in fascinating depth, running through the teams - and their various cars - in order of importance.
- Two teams dominated the decade, McLaren and Williams taking all but two of the drivers’ and constructors’ titles: McLaren’s World Champions were Niki Lauda (1984), Alain Prost (1985, 1986 and 1989) and Ayrton Senna (1988), while Williams’s were Alan Jones (1980), Keke Rosberg (1982) and Nelson Piquet (1987).
-The two other significant winning teams were Brabham, which took Nelson Piquet to two drivers’ titles (1981 and 1983), and Ferrari, which won two constructors’ titles (1982 and 1983).
- Other winning marques were Benetton, Ligier, Lotus, Renault and Tyrrell.
- Over 600 photos - entirely in colour and all from the magnificent archives of LAT Images - show every type of car raced by every team and driver, presenting a comprehensive survey of all participants.
- The sweep of the decade covers sustained technical advances, particularly in carbon-fibre construction and ever-increasing power outputs.
- Detailed text includes car specifications and technical essentials.
Related links to "Formula 1: Car by Car 1980-1989"
Evaluations 0
Read, write and discuss reviews... more
Close menu
"Formula 1: Car by Car 1980-1989"