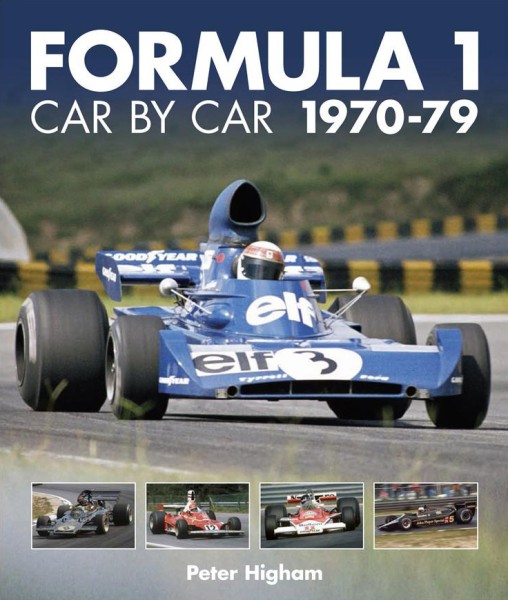 - Year-by-year treatment covers each season in fascinating depth, running through the teams - and their various cars - in order of importance.
- World Champions: Lotus and Ferrari, with three drivers’ titles each, were the most dominant race winners through the decade, while Tyrrell and McLaren took two drivers’ titles apiece.
- Other winning marques were Brabham, BRM, Hesketh, Ligier, March, Penske, Renault, Shadow, Williams and Wolf.
- More obscure teams and cars in all their colourful diversity are a special dimension of this book, with names such as Amon, Connew, Eifelland, Ensign, Hill, Kojima, LEC, Maki, Merzario, Rebaque, Token and Trojan.
- Over 600 photos - mostly in colour - show every type of car raced by every team and driver, presenting a comprehensive survey of all participants.
- The sweep of the decade covers sustained technical development, particularly in aerodynamics, tyres and engine turbocharging.
- Detailed text includes car specifications and technical essentials.
Related links to "Formula 1: Car by Car 1970-1979"
Evaluations 0
Read, write and discuss reviews... more
Close menu
"Formula 1: Car by Car 1970-1979"