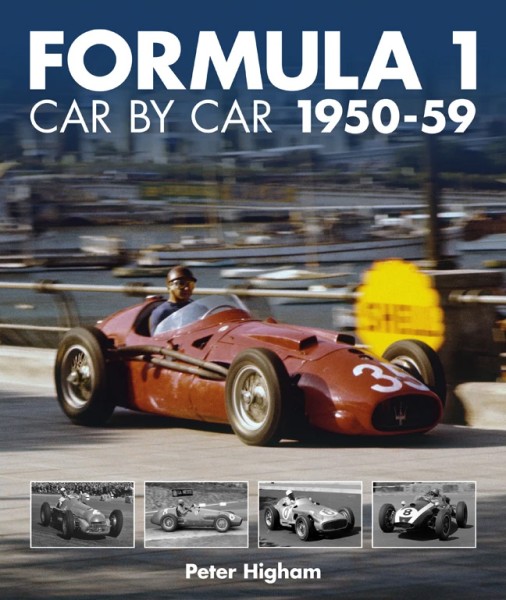 This product is currently not available.
Please inform me as soon as the product is available again.
59.90€ *

- Year-by-year treatment covers each season in fascinating depth, running through the teams - and their various cars - in order of importance.
- Alfa Romeo: these supercharged 1½-litre cars dominated the first two years, with titles won by Farina (1950) and Fangio (1951).
- Ferrari: this new marque steamrollered the opposition in two seasons run to Formula 2 rules (1952-53), Ascari becoming champion both times, and took two more crowns with Fangio (1956) and Hawthorn (1958).
- Maserati: the fabulous 250F, the decade’s most significant racing car, propelled Fangio to two more of his five championships (1954 and 1957).
- Mercedes-Benz: the German manufacturer stepped briefly into Formula 1 (1954-55) and won almost everything with Fangio and up-and-coming Moss.
- Vanwall: green finally beat red when the Vanwalls, driven by Moss and Brooks, won the inaugural constructors’ title (1958).
- Cooper: the rear-engine pioneers signposted Formula 1’s future when Jack Brabham became World Champion (1959).
- Over 600 photos from the superb archives of Motorsport Images show every type of car raced by every team and driver, presenting a comprehensive survey of all participants.