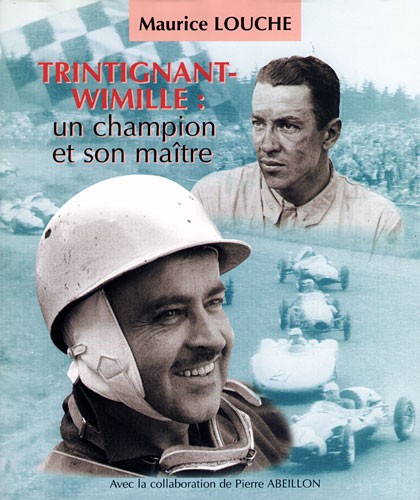 This book is completely devoted to French race drivers Maurice Trintignant and Jean-Pierre Wimille, who were not only competitors but also friends. Both of their careers started in the 30s, where Wimille was successful with Bugatti, Alfa Romeo and later with a self-construction, which he named after himself – JPW.

In 1949 Wimille crashed into a tree during the training for the Grand Prix of Palermo and died later on.

Maurice Tritignant started his career in 1938. In 1939 he already was successful with Bugatti. After World War II he returned to racing with an old Bugatti he had hidden in a barn. But in his first race with this car rat excrements (french „les petoules“) in his gas tank forced him to retire. Since then he carried the nickname „Le Petoulet“, given by Jean-Pierre Wimille. In 1964 he retired from racing completely and became a winegrower until he died in 2005. One of his grades still is known as „Le Petoulet“.

Racing aficionados, even those not capable of the French language, should take a look at this illustrated book, which is able to deliver much of the atmosphere of this era of racing.