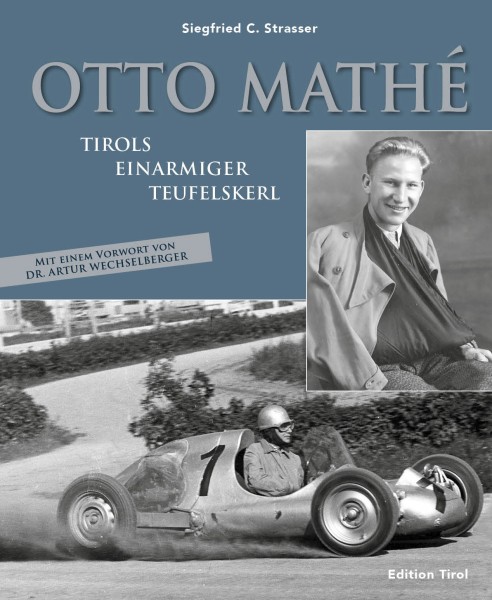 This product is currently not available.
Please inform me as soon as the product is available again.
24.90€ *

In 1934 at the age of 27 Otto Mathé crashed with his home-built motorcycle during a sand track race on the Graz trotting course and was thrown against a pillar. The racer was in a coma for three days and after waking up he had to realize that his hand had been amputated and his arm was paralyzed for the rest of his life. A career in motorsport seemed to have come to a sudden end. However, it was to be thanks to his invalidity that he did not have to go on a war mission. After the war he perfected his driving technique to such an extent that he was often faster with one arm than his two-armed competitors. Inseparably connected with his name are the races with the Porsche Type 64 and the “Fetzenflieger”.