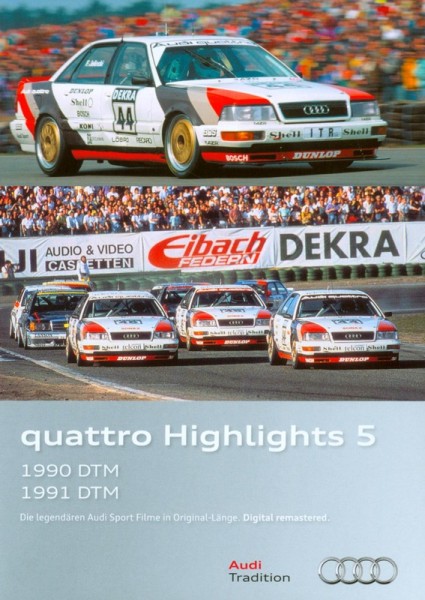 This DVD gives you a full review on two interesting years in the touring car top-class. The digitally remastered high-quality films show the 1990 and 1991 season form Audi's perspective.