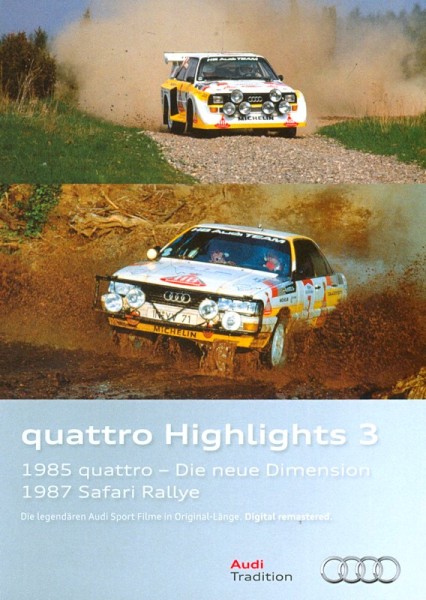 "Safari Rally" - the Kenian marathon event was not only the toughest test in the WRC calendar, it was also the scene of Audi's last major victory in rallying. In the first year of the Group A, the rally saw a 1-2 of the German manufacturer with Hannu Mikkola finishing first and Walter Rohrl coming second in their Audi 200 Quattros. This film reviews an unforgotten event in the African bush.